Who Lost Google's June 2019 Core Update and Why?

We recently blogged about Google’s June 2019 Core Update. In a rare and unusual move, Google decided to pre-announce the launch of the update on June 2nd, a day prior to the actual rollout. 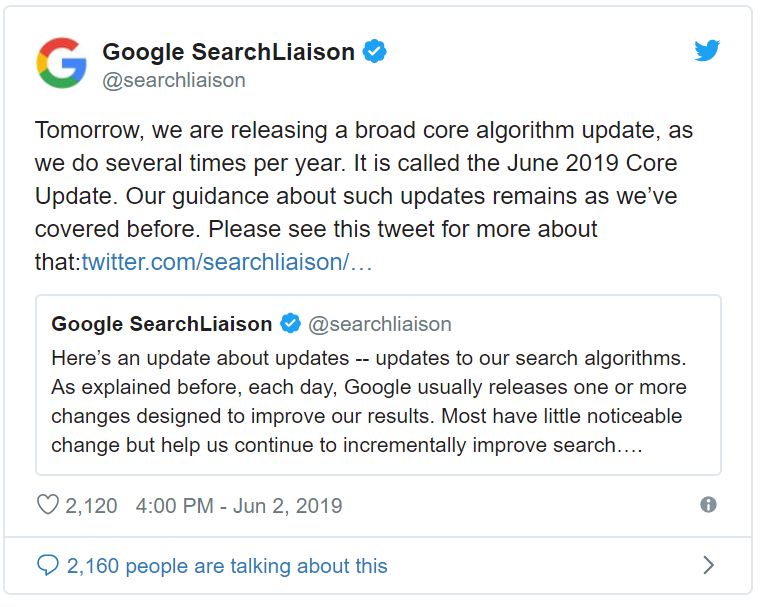 As we reported, our initial SEO analysis indicates a 5-15% drop in position on average, but this is still very much subject to change. There is currently a significant amount of volatility in search results. Our SEO tools reveal that news and sports websites may see the most fluctuation. June 4th and June 5th marked respective recent peaks in volatility. 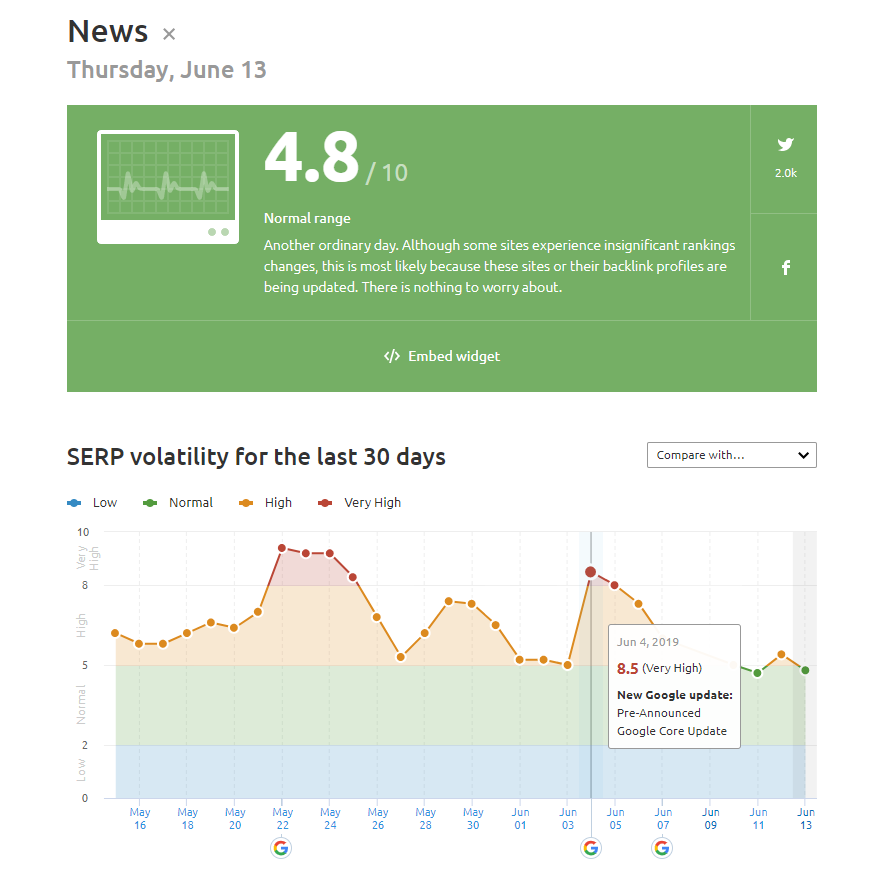 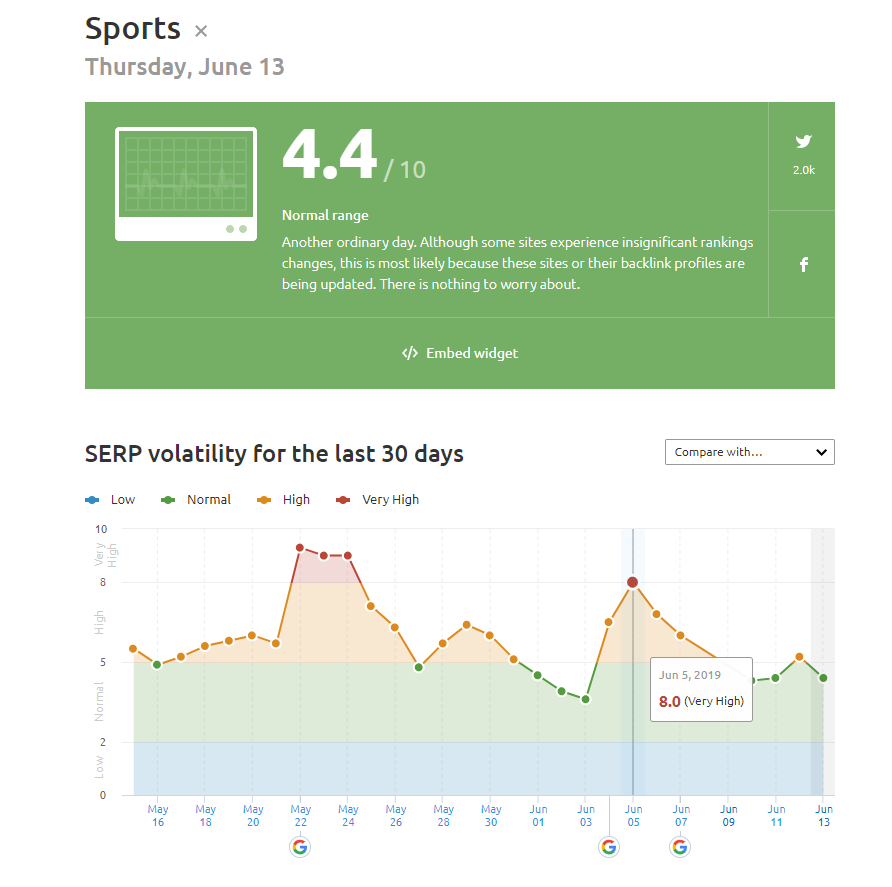 As is the case with any Google update, there are winners and losers. There’s some preliminary data that’s available that indicates who these winners and losers are. Daily Mail and NFL.com were among the biggest losers. This is consistent with our volatility tracker that highlighted significant volatility in the past week in the news and sports industries.

On June 3rd, NFL.com was ranking for a little over 800,000 keywords in organic search. This declined to a little over 700,000 the next day. However, unlike Daily Mail’s freefall in rankings, NFL’s site stabilized and has improved marginally over the past few days.

While Google generally remains tight-lipped on identifying specific criteria that certain algorithm updates target, we can make some predictions based on what “loser” sites have in common.

Google’s own PageSpeed Insights tool reveal that both Daily Mail and NFL.com perform exceptionally poorly in load times on both mobile and desktop devices.

Page speed is a confirmed Google ranking factor among both mobile and desktop devices. Slow load times create a frustrating experience, so it makes sense that Google favors faster sites in organic rankings over their slower counterparts.

In addition to slow load times, one can’t help but feel overwhelmed on both the Daily Mail and NFL.com websites. Both sites are laden with ads – and in a way that harms user experience and creates distractions.

A site’s homepage is considered prime real estate and various departments within an organization often jockey to control as much of this space as possible. However, it seems that both Daily Mail and NFL.com may be suffering from content overload on the homepage, which may frustrate users.

Daily Mail has links to nearly 200 news articles on their homepage, often sandwiched in between ads. 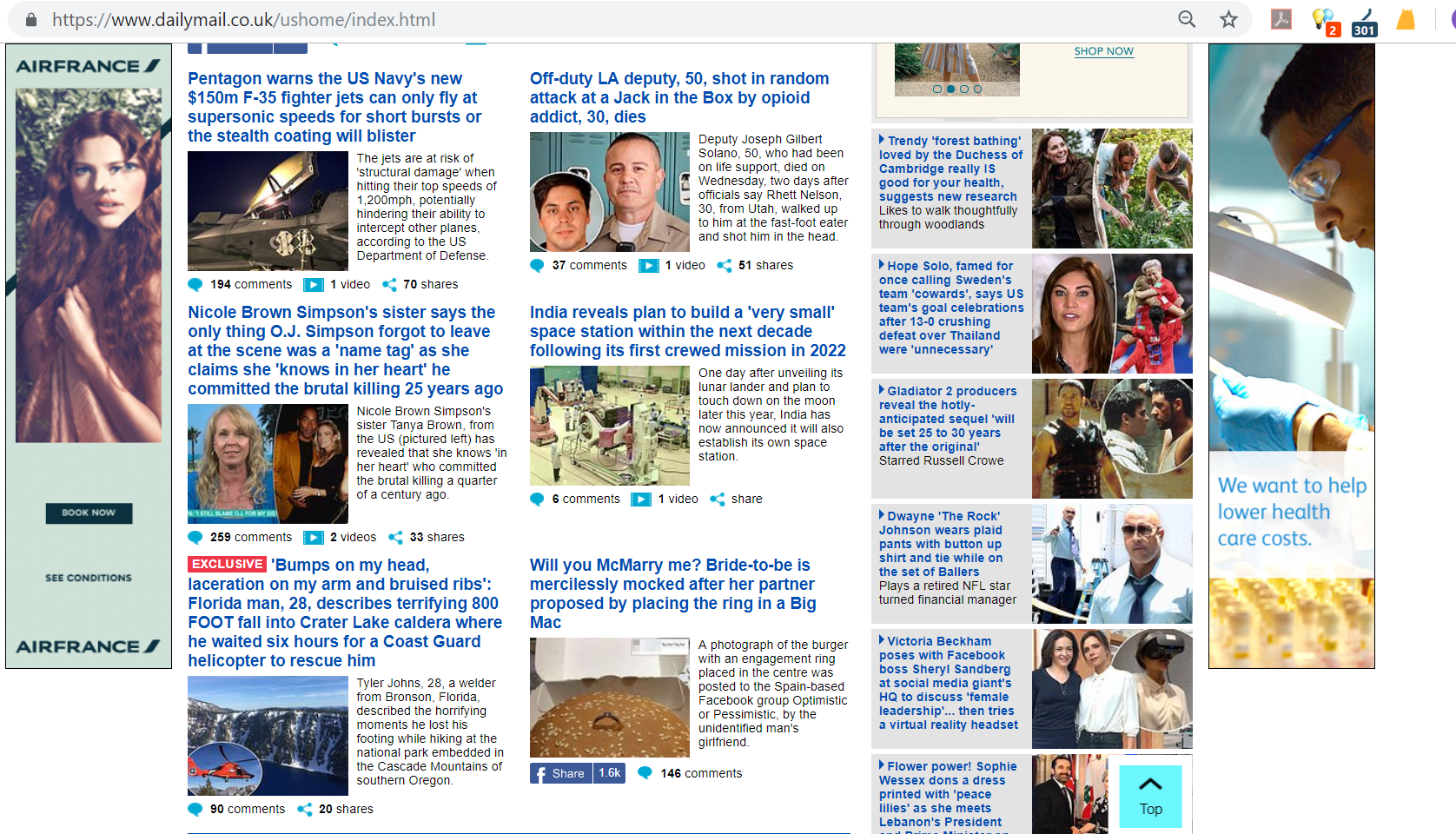 Information overload in this sense may make it difficult for a user to decide which article to read, and they may just leave the site altogether.

While it’s just speculation, it’s possible that Google’s June Core Update may also have been focusing on websites with high levels of code bloat. This is generally measured by code-to-text ratio, or the amount of code relative to the amount of text on a website. Many websites often have a significant amount of code but very little text on the page.

NFL.com has over 6,000 words in its homepage’s coding structure, and there are signs of potential code bloat. The homepage itself, however, only features a little over 700 words of actual content. This would signify a high code-to-text ratio. Bloated code like this can slow down a webpage and create a poor overall user experience.

What Does this Mean for You?

Have you noticed significant declines in organic traffic to your website in the past few days or weeks? It’s possible that your website has significant user experience issues, including slow load times, poor ad placements, and coat bloat, which may have contributed to losses in rankings, traffic, and most importantly, revenue.

REQ can help craft an SEO strategy for your website that takes user experience into heavy consideration. This will help improve your site’s rankings for target keywords, which will increase your bottom line.

It seems likely that Google will now continue to pre-announce major core algorithm updates, so we can help your website ahead of time by being proactive as opposed to reactive.

Reach out to us at sales [at] req.co to get the ball rolling.