What, until recently, used to be a veritable urban food desert with barely a Starbucks in sight (ok, there’s one inside a Safeway two blocks away and a Busboys and Poets next to that) now features a one-of-a-kind destination inspired by a desert of an entirely different kind. Meet Shouk, the new kid on the block in Mount Vernon Triangle.

To call Shouk vegan—or even vegetarian—would mean ascribing a familiar, if not limiting, moniker to an altogether original concept. Founded by Ran Nussbächer, Shouk offers a contemporary yet honest representation of southern and eastern Mediterranean market fare (read: comfort food), with a heavy influence from Israel and Palestine. It just happens to be completely vegetable-based. 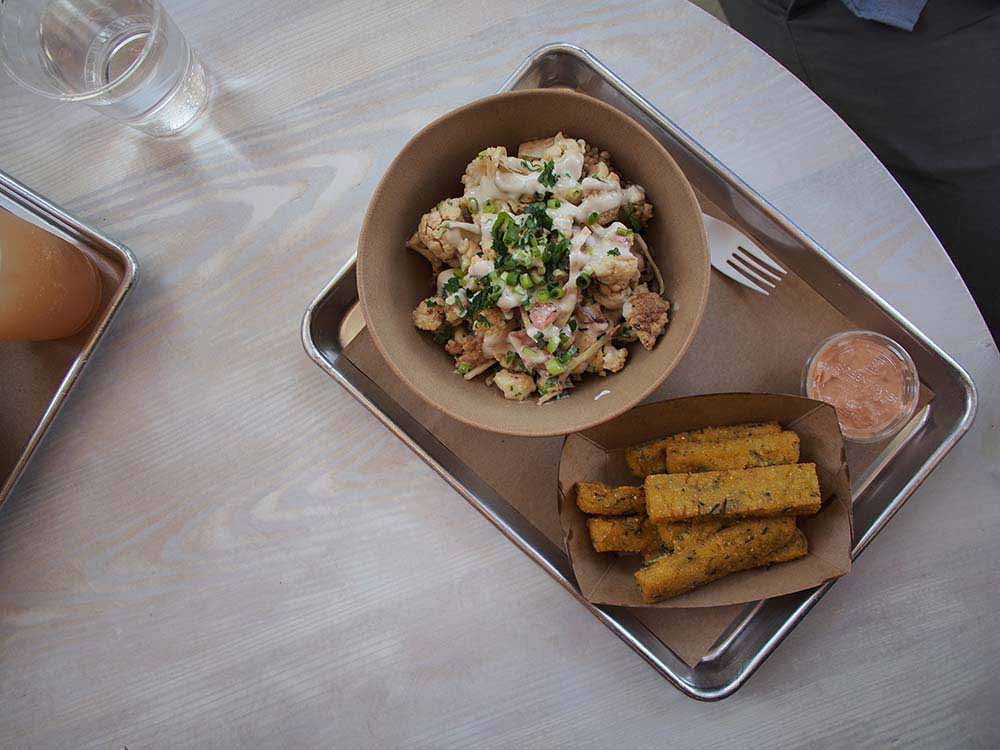 Along with an expanding presence from a culinary forefather, Jose Andres and his ironically named Beefsteak chain, Shouk seems to confirm the notion that there is both “comfort” for the diners and profit for the proprietors to be had in a fast casual restaurant concept relying heavily, if not exclusively, on vegetables. Perhaps it’s too soon to call it a trend; but it wouldn't be the worst thing to happen if it were true, for many reasons, ranging from the obvious and immediate health benefits to the broader sustainability concerns. 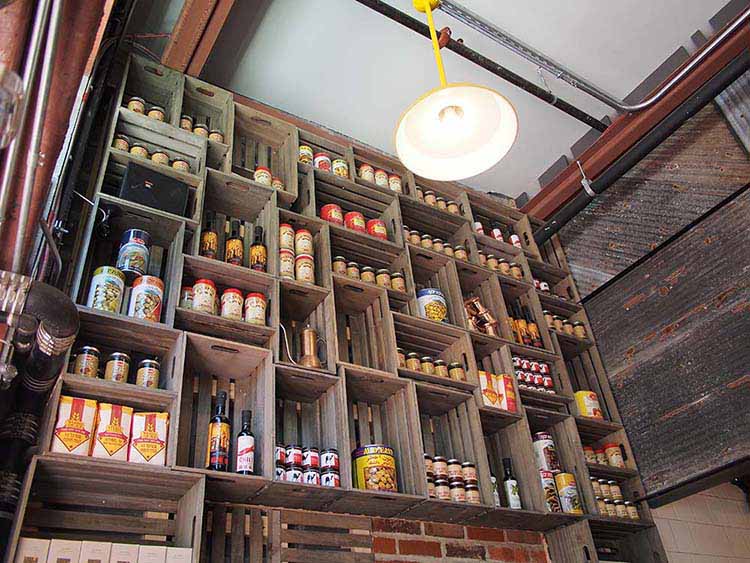 As Shouk’s agency, our goal, inspired by extensive research into North African and Middle Eastern markets as well as the local produce and ingredients, was to convey the vibrant environment from whence the recipes and flavors originated. The brand identity system and store interior purposely borrowed from humble and basic materials. The wear-and-tear charm and patina of re-used objects, the warm sandy palette, and the exotic graphics and typography found on the region’s posters, crates and cans all work together to convey the mood of an open bazaar.

The result is an inviting atmosphere that feels authentic yet completely novel. With an obvious consideration for function (and throughput in particular), the restaurant is designed around a modular central menu that hovers above the line, connecting what could easily be misconstrued as a hodgepodge of seemingly disparate elements into a cohesive whole, while expediting queueing and ordering.

Since opening a few weeks back, Shouk has barely had a break. And that’s a good thing if you’re another new option in a town that prides itself as being the next mecca of American cuisine, if not the birthplace of the fast casual restaurant. When one’s idea of making foreign or exotic cuisine (read: vegetables) accessible to the local palate is rewarded by consumer dollars, we consider this a job well done. Agreeably, Shouk is a unique oasis in a growing array of new food choices in the nation’s capital.

To view other success stories in this category, take a look at our work with sweetgreen, Chopt, and CaliBurger.