The State of Search: Implications of the June 2019 Core Update

A broad core Google algorithm update took place at the beginning of June, shortly after Google’s Quality Rater Guidelines were updated and republished. While minor tweaks to Google’s algorithm are made every day, major core updates only take place a few times per year, with the last occurring in March.

With two updates taking place simultaneously, it has been challenging to analyze the full impact of the June 2019 Core Update. However, industry experts believe that if a site’s traffic was negatively impacted during this time, it is more likely attributed to the Core Update versus the Diversity Update. The Diversity Update did not appear to impact the traffic as significantly as predicted.

Despite Google’s preannouncement of this update and Google representatives indicating that it would bring “noticeable change”, our algorithm sensors did not pick up significant volatility during or immediately after the rollout of these two updates. Referring to the screenshot below, it wasn’t until June 27th that we saw more noticeable volatility that was comparable to a larger algorithm update. 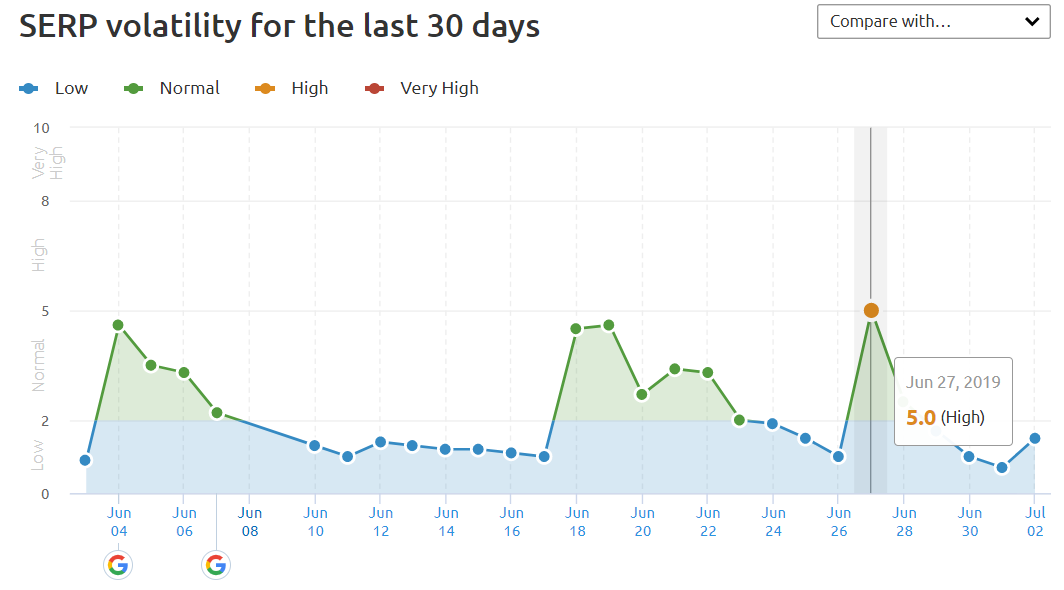 Generally, the SEO community can identify the types of sites impacted by a major Google algorithm update within a week or two of its completion. In the case of the June 2019 Core Update, it has been challenging to pinpoint the types of sites that were impacted and how the algorithm has changed. As Google is likely still making tweaks to this update, it may be another few weeks until we can gather concrete conclusions.

However, based on the data we have collected from our client sites, the recent changes made to Google’s Quality Rater Guidelines (QRG), and the information shared within the SEO industry, we believe that the June 2019 Core Update may be a result of two factors. First, Google rolled back some aspects of the March 2019 Core Update. Second, Google also increased the importance of certain ranking factors that relate to, but are not limited to, page quality—such as trust and brand recognition.

We currently suspect the following factors:

It is important to note that this was a broad core algorithm update and search marketers should consider ranking factors that extend beyond page quality and E-A-T when analyzing changes and evaluating their potential impact.

With any Google algorithm update, it is best to avoid making significant changes to a site until we can gather more information and understand the residual, more lasting effect of the update. During this time, we recommend closely monitoring organic traffic and keyword rankings of both client and competitor sites for major changes.

At REQ, our search programs involve strategies that adhere to the guidelines set by Google, making them more resistant to algorithm updates like this one. Our search strategies ultimately reinforce the rules that Google has already set. Per Google’s recommendation, our focus will continue to be on producing quality content, as outlined in the QRG, and providing visitors with the best possible user experience. 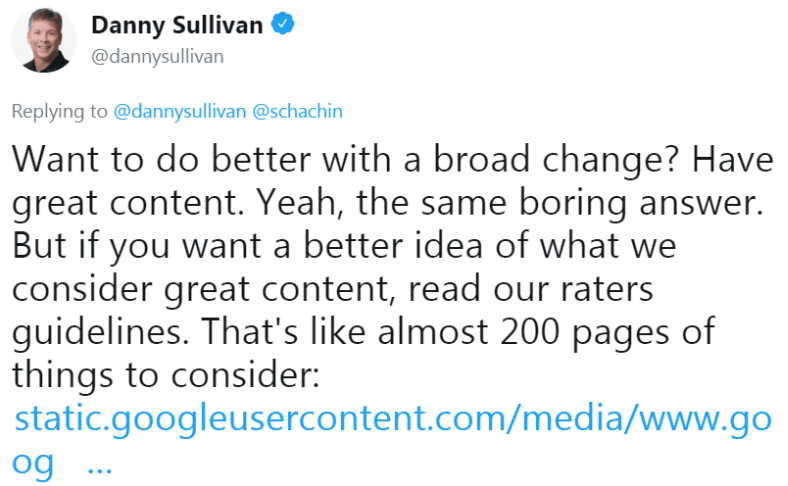 We will also conduct thorough site quality reviews in search of opportunities to further improve E-A-T signals—especially those pertaining to trust. If the June 2019 Core Update is, in fact, a quality update, many quality improvements will need to be implemented for a site to recover.

Wondering where to start?