As we see campaigns such as #ilooklikeanengineer, and dozens of other social media movements like it, it's clear that women in the tech industry feel the need to support one another and work toward changing misconceptions about what it means to be a technology professional. On two recent nights, RepEquity helped move that important agenda along.

On the evening of Monday, August 31, a group of female programmers, hackers, noob developers, and general technologists gathered at RepEquity's DC headquarters. Spread throughout the office, groups gathered around illuminated screens, ran compilers, forked code, and chatted about the newest frameworks. 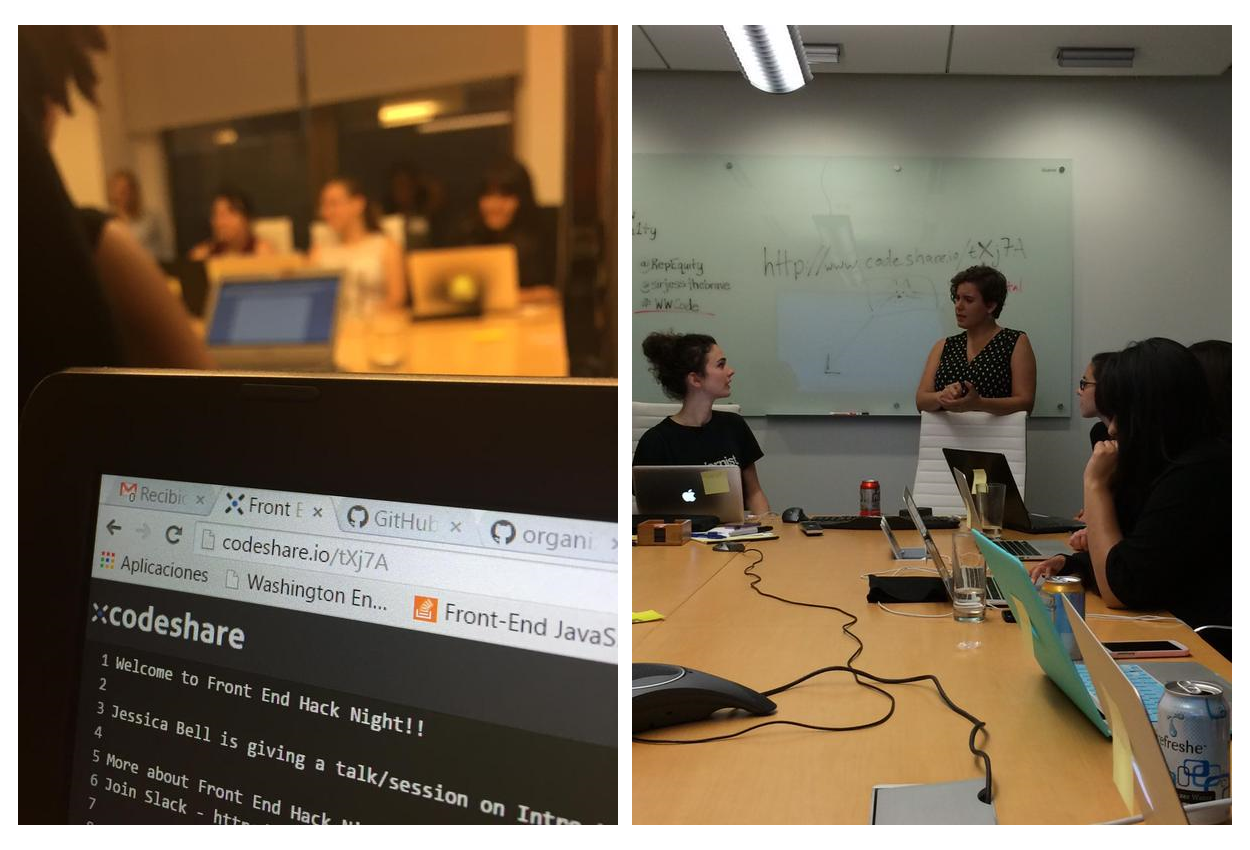 Women Who Code's Washington, DC chapter hosts Front End Hack Night every Monday evening at local dev shops and technology centers, and is part of a growing list of organizations that host DC-based meetups, events, and trainings that are focused on women in the technology sector. From the boot camp graduate to the seasoned developer, women coders find that DC's tech scene is diverse, varied, and welcoming.

Women Who Code is just one of many women-run tech organizations in DC. Others include Lesbians Who Tech, DC Web Women, DC PyLadies, Girl Develop It, Hear Me Code, and The National Center for Women and Information Technology.

DCFemTech arose out of this plethora of women-focused tech organizations. DCFemTech is 'a coalition of women leaders aimed at amplifying women in tech organizations, sharing resources, and bringing leaders together to close the gender gap.' Their meetings are inclusive and open to any women affiliated with women-centric tech companies.

Following Women Who Code's August 31 event, RepEquity was proud to host DCFemTech the very next night for an organizing meeting. These female industry leaders discussed the upcoming October 2015 Tour de Code, lessons learned from various events and hackathons, and future events that will be broadcast to each leader's respective groups and communities. As a wide-eyed junior developer, I felt inspired to be in a room full of women who are self-taught and successful.

Those of us in the tech industry are more than aware of the gender imbalance on most tech teams. However, Washington, DC was selected as a top city for women in tech, and the DCFemTech collective is harnessing the city's spirit of activism and advocacy to 'Flip the Ratio'.