Quick Response, Slow to Catch On 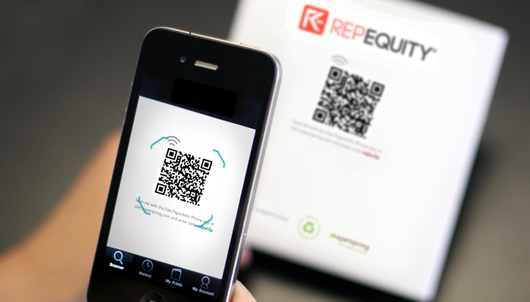 Quick response (QR) codes add interactivity to offline placements including magazine ads, posters, billboards, price tags, and even t-shirts and beer cans. QR codes are at a crossroads in the U.S.: Will they turn out to be a fad or will they eventually become as common as Facebook and pay-per-click (PPC) advertising? We don't expect to know the answer to that question in 2012 and will continue to monitor how brands use QR codes to deliver interactive mobile experiences.

While QR codes are certainly the buzz in our industry, today they are not widely understood or adopted in the U.S. In June 2011, roughly 14 million U.S. mobile users scanned a QR code with their phone, according to data from comScore MobiLens. That number, while large, represents only 6.2 percent of the country's total mobile audience. In a study by Lab42, 58 percent of respondents answered 'no' to the question 'Are you familiar with QR codes?' Of those, 43 percent said they did not know what a QR code is.

One of the biggest limitations of QR code use in the U.S. is adoption of the technology necessary to scan the codes. In my research, I did not find indication that any of the major smartphones come with QR readers installed by default. A user must download a QR reader app, which uses a phone's camera to capture and scan the information, before they can scan QR codes. According to a Forrester Research study released last month, just 5 percent of adults in the U.S. who own a mobile phone had a QR code reader installed; this number is up from 1 percent last year.

More U.S. users would scan QR codes if phones came with native QR readers, without a doubt. Once someone decides to download a QR reader and navigates to their phone's app store, they are faced with hundreds of QR reader apps to choose from. Many people, like me, make an uneducated decision and simply download the mostly highly-rated app in the app store. However, there are several things to consider when choosing a QR reader.

QR codes provide more information to people who are 'on the go' after they've flipped the page of a magazine or left the bus stop, so speed is essential. Most importantly, a QR reader app should not take more than a few seconds to scan a QR code and redirect the user. Secondly, the app interface should eliminate extra steps to ensure that users can scan the code as quickly as possible - the more screens a user has to see before getting to the actual scanner, the less likely they will be to scan the code.

Through research on the web and in talking with RepEquity QR fanatics, it doesn't seem as though there is a front runner for best QR reader. For some of our designers in New York, a QR reader that saves the code for later is very important. Often, they will scan a QR code on the subway on the way to work, but lack of service in the tunnel prevents the code from redirecting right away. For them, it's best to have a reader that saves the code until they're back on the New York City streets and have service to see where the code leads. David Bone, our Director of User Experience Design, says he uses both TapReader and i-nigma, but still hasn't found one he likes best.

For our readers: please share your thoughts on and experiences with QR codes. Let us know if you have a QR reader and how often you scan QR codes, if at all. Our next blog post will share our thoughts on best practices for QR codes, good code design and more - Tune in next week!