The Presidential Report Card: Candidates and their Digital Strategy

​When John McCain and Barack Obama were battling it out way back in 2008 for the White House, there was one major difference between the two candidates’ marketing strategies: Obama embraced social media and McCain chose not to participate on any online platform.

As we know now, Obama’s use of social media helped him connect with the younger generation, who came out to vote in numbers we haven’t seen in decades. Voters ages 18-29 turned out at a higher rate in 2008 than in 2004 in several battleground states. It marked the first time social media gave any sway to a political candidate, and it most likely marked the last time any candidate would neglect to use social media as a part of their campaigning strategy.

As such, our 2016 presidential candidates now have to navigate the online world of anonymous trolls, endless marketing gimmicks, and a loss of control over their message. Regardless of your party affiliation, candidates on both sides of the aisle have experienced a myriad of marketing gaffes and successes that have bolstered or deflated their campaigns.

Here’s a brief overview of each of the candidates and a report card for their digital marketing performances. 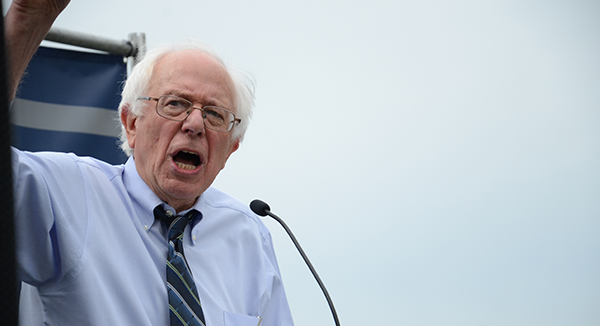 Bernie Sanders learned a thing or two from Obama’s grassroots campaign and message of “hope.” He has applied these lessons to his own political platform and speeches. From continually defining how socialism applies to his beliefs, to taking advantage of a clever and succinct hashtag (#feelthebern), Sanders has used the power of social media to earn an unprecedented number of supporters. While he was expected to drop out of contention early, he has instead built and maintained momentum through his social platforms and energetic town hall meetings. By staying ahead of the media cycle, he is controlling his message and counting on his supporters to spread it organically. So far, so successful. 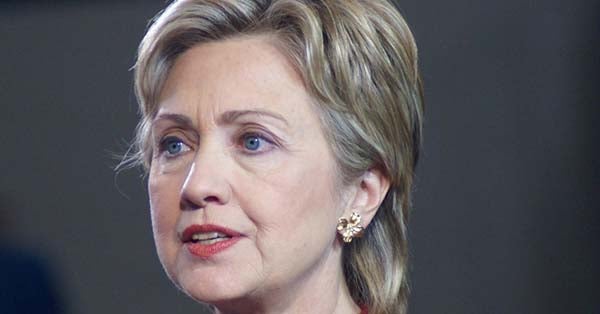 Purely in terms of social media adaptation and prowess, Hillary Clinton may well be leading the pack. She has run four separate campaigns during the course of her political career, but the launch of her 2016 presidential candidacy was without doubt her most concerted and well-orchestrated attempt to connect with a diverse group of people: she used Periscope, along with Facebook, Twitter, and even Snapchat to help share her first presidential rally with the world. Throughout the first months of the race, Clinton and her team have effectively used social platforms to spread their messages, and make sure they are on the cutting edge of any trending topics or viral campaigns. Some have even suggested Clinton’s marketing campaign mimics that of new media startups like Buzzfeed or Vox. With Obama’s digital wizard heading up her efforts, Clinton is pushing out original content (like quizzes, Gifs, articles, professional videos, and more) 24/7. 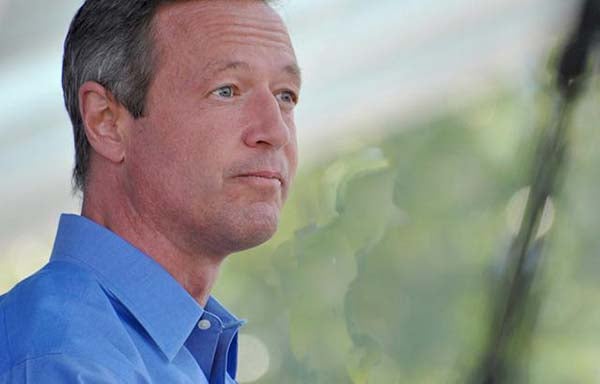 While Martin O’Malley has since dropped out of the race, while he was still a contender, he was not quite as successful at controlling his message online as the other candidates. Instead of gaining momentum and followers on social media, most posts and articles about O’Malley centered on one of two topics: his looks and his lack of speaking time at the Democratic debates. Instead of propelling him forward, social media worked against his campaign, contributing to his departure from the race in early February 2016. 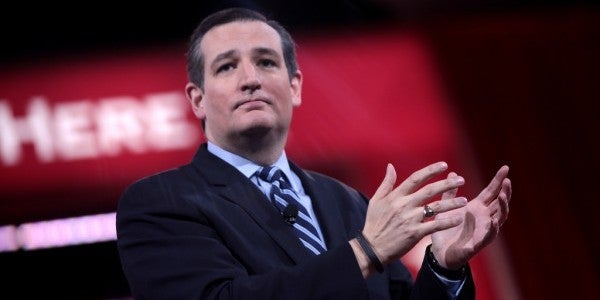 In terms of traditional campaigning and earning supporters organically through social media, Ted Cruz is the strongest example from the red party. Throughout the course of the race, he has put in the effort on the ground and online to target specific audiences and states with his consistent messaging and voter outreach. His social stats support this idea of him connecting closely with the digital audiences—of the Republican candidates, his website has received the most news mentions and the most social media mentions. His social media prowess began back in 2012 when he announced his run for Senate via conference call, conservative blogs and Twitter. He learned from that campaign and has adapted the most successful strategies to 2016, including audience-powered polls and quizzes, and weekly calls with influential conservative bloggers. 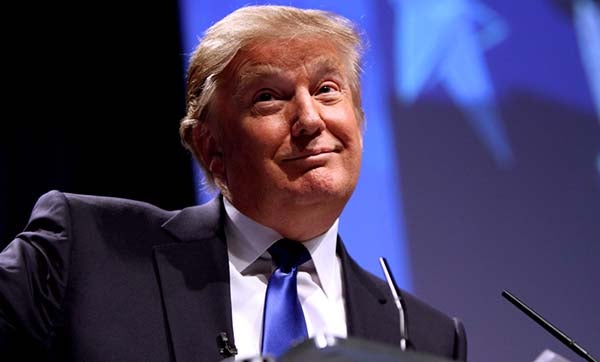 At this point in the race there is almost too much to say about Donald Trump. From his surprise candidacy announcement, to his off-the-wall comments and non-stop offensive tweetstorms, whether you love or hate Trump, his ability to grab the media’s attention and hold it is undeniable. While his campaign is not being run traditionally, and the candidate himself is responsible for 99% of the content published on his social media platforms, he has still seen great success from both positive and negative coverage. Unlike other candidates in the race, Donald Trump has earned consistent coverage from all news networks and has inspired an endless stream of opinion posts and conversations about what constitutes a real candidate and how the United States would change with Trump as president. 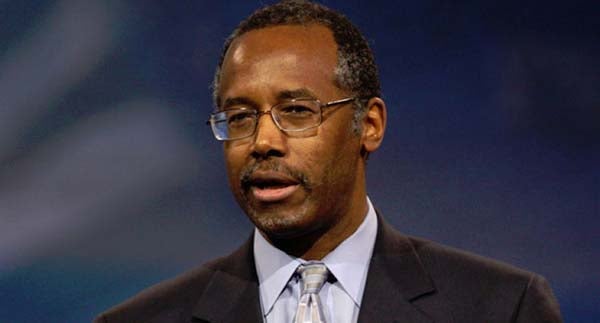 When Ben Carson entered the presidential race, he started from a place of respect and support as a professional, and began a long battle to keep his momentum up and his candidacy alive. Carson launched his political journey with the most Facebook followers of any candidate in the field (yes, more than Hillary Clinton and Donald Trump!), but the smallest list of donors. But, through the combined efforts of his online marketing strategies and fundraising campaigns, Carson pulled off one of the most successful social media fundraising campaigns, ever. He raised over $30 million in just one quarter, purely through social media fundraising. As his campaign manager Barry Bennett said, “We’ve dominated the process of converting likes to donors.” As the primary results came in, Carson was lagging in the polls and as his campaign lost steam, so did his social media support. 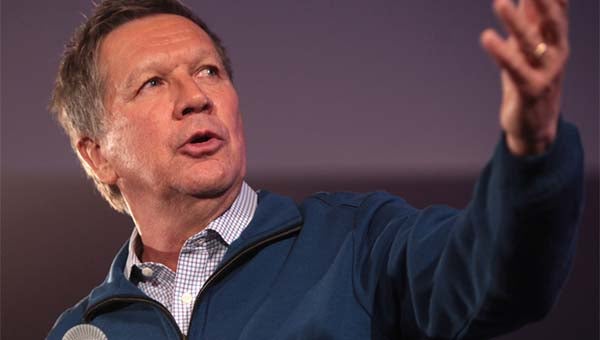 The Ohio Senator comes about as close to not utilizing social media as you can get for a political candidate these days. While he has a presence on the most popular platforms and posts on them regularly, he has never harnessed the power of the platforms for the betterment of his campaign. His team has gambled that he will be able to bring together Republican voters who value authenticity over religious disaffection and unity over aggressive divisiveness. It’s a hard line to follow, but as Kasich’s political advisor has said before: “Anger is a hard thing to sustain.” An ironic statement, considering more and more people are looking into Kasich’s angry past as a governor and senator—making the “warm & fuzzy” image he has built for himself a harder pill to swallow. 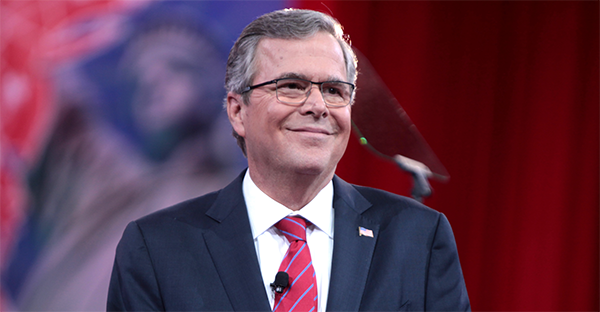 Poor Jeb Bush. Perhaps no other candidate faced harsher criticism from the media and online audiences than Jeb. Right from the start of his campaign, he got negative feedback across the board for his campaign slogan “Jeb can fix it” and the negative media coverage only got more intense from there. For example, after an eagle-eyed person spotted that JebBush.com was up for grabs, the eponymous URL was forwarded directly to DonaldTrump.com, bringing a media frenzy and endless tweets about the unfortunate mistake. From misuse of social media, to flip-flopping on his positions, to endless mocking by online audiences and political pundits, Jeb faced an uphill battle to the candidacy that eventually ended in late February of this year.  Political campaigns have changed drastically since Bush last ran in 2002, and his rustiness showed early in his presidential campaign. There are literal lists of awkward moments that Jeb endured during his presidential campaign. ‘Nuff said.

As we have seen, some candidates have embraced the digital age and sprinted ahead, while others have hit more than their fair share of hurdles. Still, the race marches on and as we get closer and closer to each parties’ conventions, keep your eyes peeled to get a clearer view of just how the remaining candidates take advantage of and/or fumble with the world of digital marketing.